Skip to main content
Last week David Conrad of ICANN asked if I could make DSC show the EDNS buffer sizes advertized by clients. This is now available in DSC versions dated after 2008-08-22. Furthermore, the new version is running on the F-root collector nodes. The breakdown of buffer sizes looked different than I remembered for recent DITL data, so I generated some graphs for the 2006 through 2008 DITL data (F-root nodes) using the same size ranges. 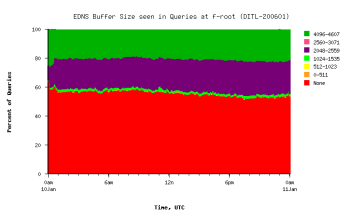 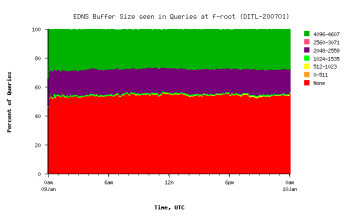 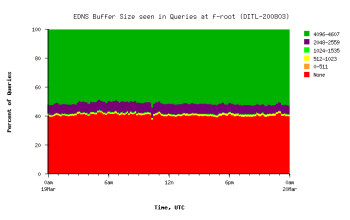 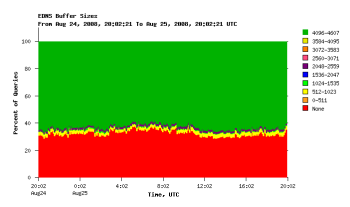