In case you haven't heard, L.ROOT-SERVERS.NET began serving a DNSSEC-signed root zone today. DNS-OARC has been collecting data during the signed root rollout. The graph below shows how L-root's priming response size has increased during the last hour since it first began serving signed responses: 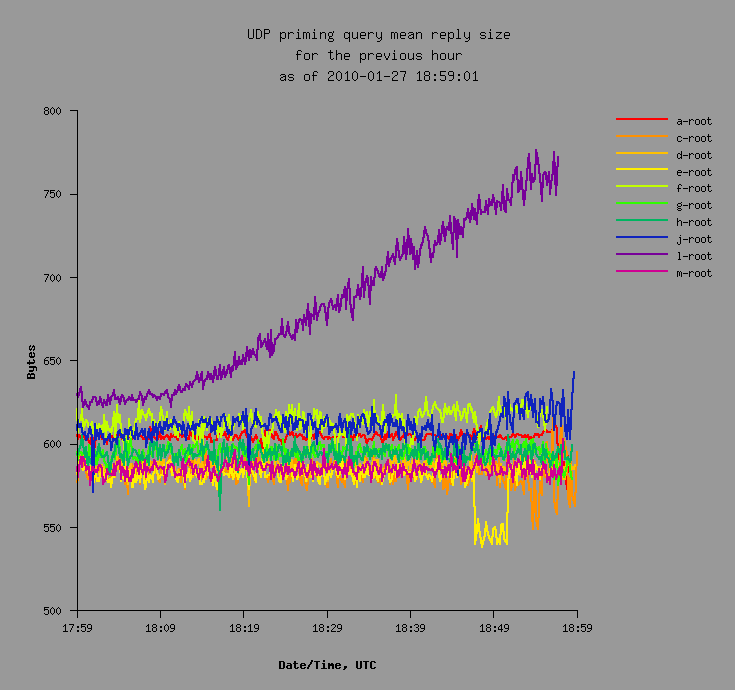 We're also watching the data below to see if there are noticeable increases in priming query rates after signing: 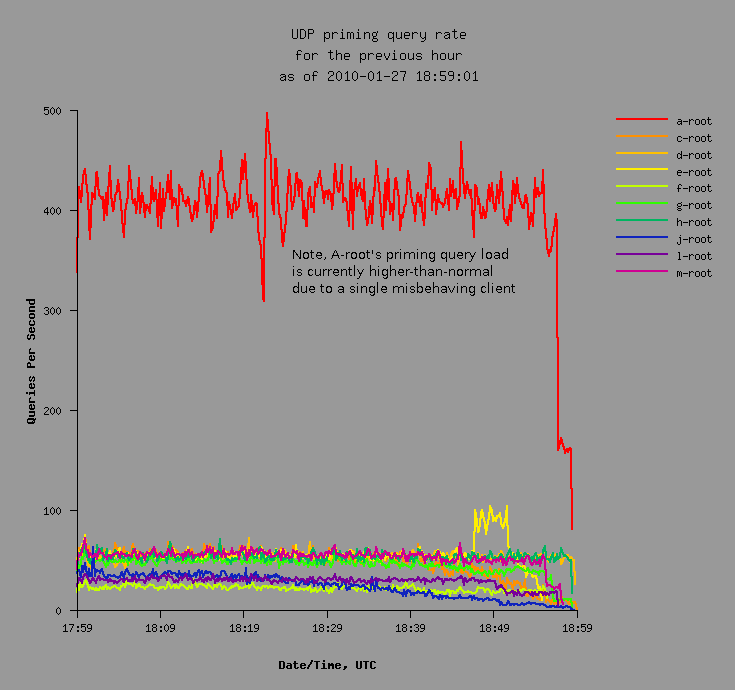 So far so good.

And here's something I should have thought to include initially. The following graph shows the increase in TCP queries for L-root. This is over all queries, not just priming queries: 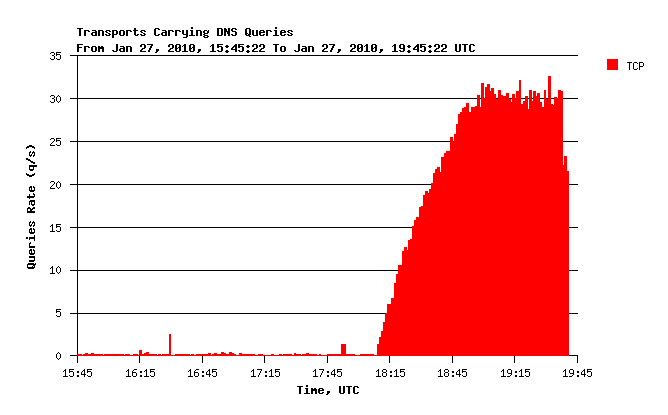